In the 1940s, The Dancing Master, Bill Ireland, moved to London to expand his horizons and he lived the rest of his life south of the Thames. Bill’s working life was spent at Wallington County Grammar School for Boys, where he taught P.E. and games. He also taught some of the boys Highland and country dancing.

On his move to London, Bill became involved in Scottish dancing and of course in the London Branch, which had begun to expand after the Second World War.

Bill taught classes at every level, in particular he liked teaching beginners enjoying seeing rewarding results. But he was impatient of people who did not try as hard as he expected – very hard!

Bill also had a huge impact on the Dem class, which he ran for many years bringing it to an exceptionally high standard of dancing. Bill originally danced in the class under the teaching of Isobel MacLennan, taking it over in around 1950 and insisting on top technique, deportment and teamwork.

When Bill died, the London Reel pulled together memories of Bill’s teaching from many past Dem Class members – including this comment from long standing member Norris Haugh.

“Bill was not a totally RSCDS-orthodox teacher – he was an exceptionally observant teacher and a very good analyst of faults. He was 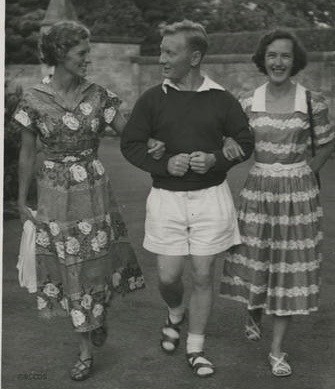 also a brilliant mimic – “Watch me – modelled from within these four walls” whereupon Bill would proceed to give a hilariously funny demonstration of some eccentricity which he had just spotted.”

As well as teaching and his work with London Branch, Bill served the Society as a member of the Executive. He represented the Society on the Central Council for Physical Recreation, the Imperial Society of Teachers of Dancing and the English Folk Dance and Song Society.

Bill’s retirement from teaching the London Dem class was marked with a party at Wandworth Civic Centre and Patsy Patterson remembers fondly the first demonstration of The Dancing Master.

“Involved with the set-up were Charlie Galloway on pipes, Norris Haugh carrying the flag, placing the hot cross buns were Peter Luke, Mark Shaw Brookman, Chris and Anna Twin.  Bill was well known for marking the floor of the Albert Hall before dems with Hot Cross Buns to denote where certain people should be in the dem.  Heaven forbid that you look at the floor during the dem!!!  We also danced The Dancing Master at Bill’s wake – of course.” 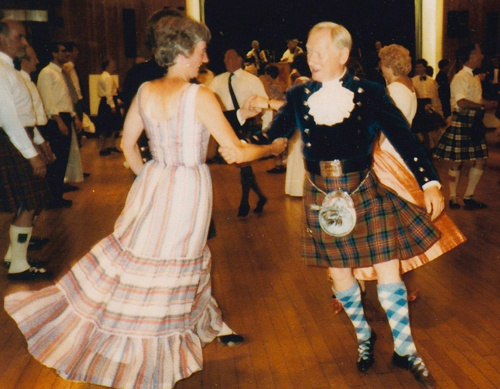 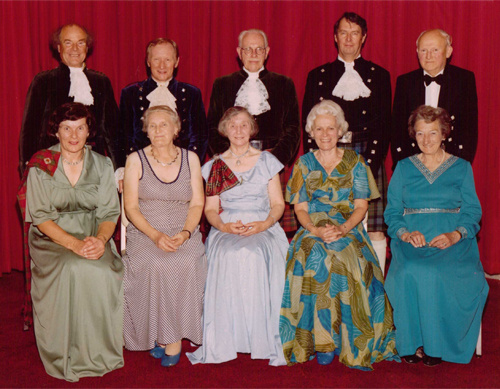 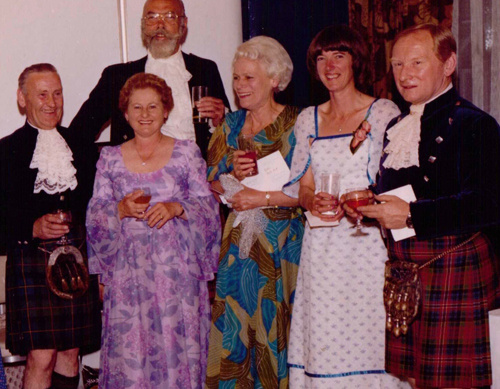