As mentioned in Thirty Popular Dances Volume 2 we asked Miss Johnstone of Ardrossan to share memories of her Scottish Country Dance life. Of course there were far too many to print in the space available. So here are more of Muriel’s memories and more detail on those published.

As a child I danced in Miss Anne Hughes’ class in the British Legion Hall in Saltcoats (neighbouring town to Ardrossan) right up until I left school in 1965. Anne was a brilliant teacher of children and had over 90 children on Saturday mornings, divided into 3 classes. I remember us all being so keen that even when we were involved in playing hockey matches, we would rush down from the sports field of Ardrossan Academy to join in for the last half an hour of dancing! Every year, Miss Hughes prepared teams for the dance section of Ayrshire Music Festival where we enjoyed many successes. People sometimes commented that we won because we danced to Mrs Johnstone (by then the official accompanist for the festival) all year round and the other teams only heard her for the first time on the day of the festival!  This probably had a grain of truth in it…….

By the time we were 16 or 17 we were competing in the adult section against the ladies’ teams from NW Ayrshire, Ayr Branch, Dumfries etc and one of our proudest moments came when the adjudicator, Winnie Wadsworth, said she had never seen such strength in the strathspey in such young dancers.

It was not as a dancer or teacher that I was to become well-known. Despite my mother’s best efforts to keep me away from playing Scottish dance music (in her opinion second rate) I was asked to step in to play for the branch class when my mother was in hospital and out of action for a few weeks. I think I was terrified but remember someone saying “You sound just like your mother”! It was around this time that I composed my first dance tune which was a strathspey named after the house where I grew up – “Burnfoot House”.  There then followed quite a number of other tunes written mostly for relatives and dancing friends of my parents – “Mrs Alice Anderson” (my maternal grandmother), “Mr & Mrs John Bush” (uncle and aunt), “Mrs Dorothy Johnstone” (mother), “Miss Anne Hughes” (my dance teacher), “Alastair’s Hornpipe” (Alastair Aitkenhead), “Over the Sea to Arran” (the view from my bedroom window), “Kyleshill” (the school where the adult class was held). The number of tunes kept growing, my mother actually liked them and I was forgiven for taking an interest in Scottish music! 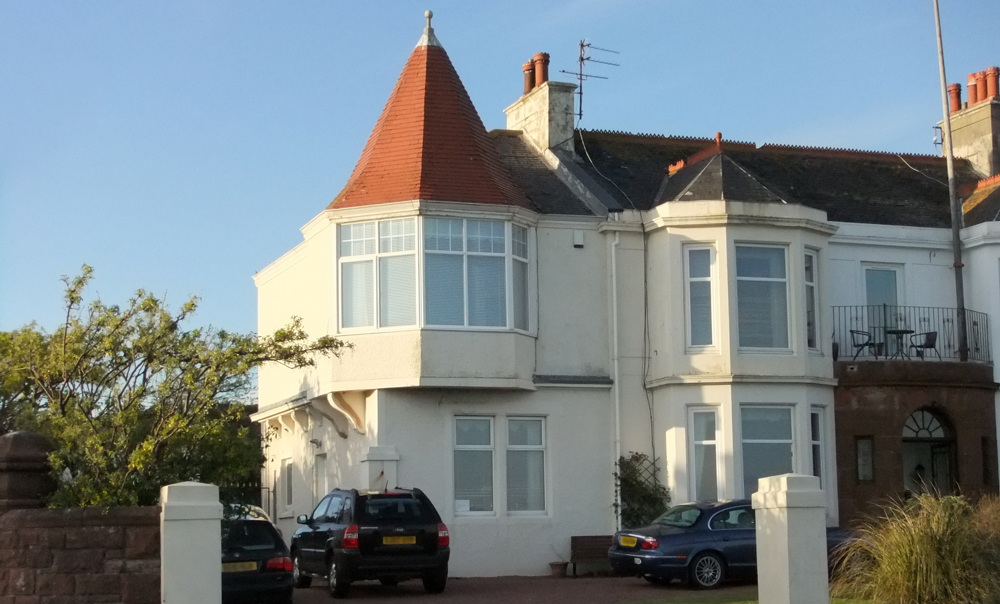 After sitting my preliminary certificate with Miss Milligan as examiner, I was asked to play piano for the next year of candidates and Miss Milligan again was the examiner. Afterwards, she said to me – “You, Miss Johnstone, you’ll come and play for me at Summer School”!

It didn’t sound as if I had a choice in the matter so in 1975 I played at Summer School for the first time. Miss Milligan knew that I usually attended as a dancer and decided that I was too young to give up dancing so she allowed me to dance in her class for the first hour and play for a class for the second hour which was very generous and forward-thinking.

In 1975, Peg Rae (Margaret.T.W.Rae) decided to retire from arranging the music for the Society’s publications and she suggested to Miss Milligan that I was offered the job; and so it was that with some trepidation I found myself ringing the doorbell of Miss M’s flat in Glasgow where there was to be a day of selecting music for the next book with herself, Miss Susan Inglis and Miss Winifred Carnie. These were goddesses to me at this stage!  However, the ice was broken immediately by Miss Milligan arriving at her door, white from head to foot in a mixture of apron, cuffs and flour! “Come in, come in!” she said, “I’m baking scones”!  I thoroughly enjoyed the task of arranging the music from Book 29 to Book 40 and I also enjoyed the work of the Publications and Research committee where I served for some 20 years or so. 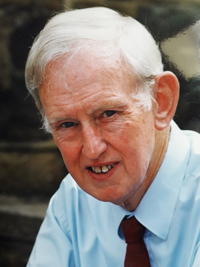 It was during a Summer School in the mid 1970s, around 1976, while practising my evening dance programme in the Common Room of University Hall, that I met Roy Goldring.

He bounced in to ask me about a tune I was playing that had taken his fancy. He wondered if he might use it for a dance he had written. The dance was Cuillins of Skye. I always regretted that my tune already had a title because it doesn’t have anything to do with the Cuillins. However, this didn’t seem to bother Roy and so Farewell to Cramond became the chosen tune for the dance and it was published in the book Four Scottish Country Dances for 1978.  This was the start of many happy years of collaboration with Roy helping him to select music for his dances.  I was always impressed by the care he took in this process.  His choices were never random, never on a whim. He always tried out the dance many times often with several different tunes.  Sometimes he wasn’t sure if a dance would be better as a reel or a jig and would ask people to come along and try it out and ask for their opinion.  Mostly, he knew exactly what he was looking for in the music and judging by the popularity of Roy Goldring dances, I think he got it right!

Miss Johnstone of Ardrossan – the dance 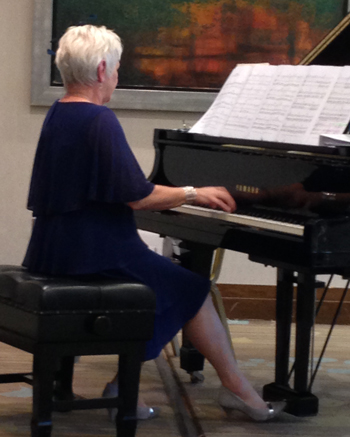 I was thrilled when Roy wrote a dance for Bill and myself, which he called The Compliment. It was a real compliment.  Later he wrote a reel for me and called it The Berwickshire Round Reel.  For this dance he chose my tune Thør and Richard’s Rant.  At that time I was living in Reston, Berwickshire and had written the tune for lively twin boys in the village.  For some reason, Roy was never completely satisfied with that dance and so, to my surprise, another dance appeared – Miss Johnstone of Ardrossan which is a wonderful dance!  He felt it should have a hornpipe tune and as it happened, I had written one called The Ardrossan Hornpipe so the match was made.  I get a frisson of pride and every time I see that dance on programmes around the world – firstly because it is for little old me and secondly, what a great way to put Ardrossan on the map!  Believe me, it needed a little help!